The Story of a Window on a Deep Green Building 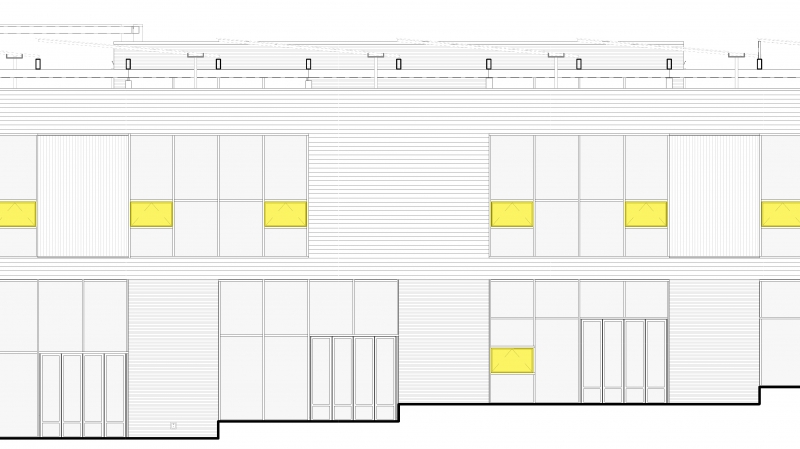 The word “window” originates from the Old Norse ‘vindauga,’ literally meaning an eye for wind. Modern windows serve many purposes; if operable, they connect us to the outdoors in the Old Norse meaning, while keeping us comfortable and secure. While their contribution to energy performance often gets the most scrutiny from architects and engineers, their impact on indoor environmental quality (ventilation, daylight, views, thermal comfort, occupant control, etc.) often has a much more tangible impact on a building’s occupants.

In a piece on how to avoid getting sick when you travel that aired on last month’s Marketplace Morning Report, frequent traveler Mark Orlowski of the Sustainable Endowments Institute specifically highlights the importance of operable windows:

“For me, first of all, air quality is key. I really try to avoid staying at any hotels that don’t have windows that open. Unfortunately many new hotels are being built where, literally, you can’t open the window.”

You can listen to the full story here (beginning at 4:12) for more interesting details but you get the point: if it doesn’t allow the wind to enter, is it even a window?

Operable windows must be strategically placed throughout a building’s facades to meet LBC’s intent and requirements.

The idea of designing for operable windows itself may seem straightforward, but the details can quickly get complicated when addressing who controls what and when. Several priorities, such as connection to the outside, energy performance, glare control, pollen filtration, avoiding condensation, maintaining building security, providing daylight illumination, and the like can compete with or clash with one another and the importance of finding an optimal solution that balances these and other considerations is a critical part of green building design. Let us delve deeper into some such challenges encountered on the Kendeda Building for Innovative Sustainable Design.

Natural ventilation vs. forces of nature

Atlanta set a record high pollen count of 9,369 particles of pollen per cubic meter of air in March of 2012 (1,000 or more is considered ‘very high’). An April 2017 study by the project’s mechanical engineers showed that without any pollen filtration, natural ventilation potential existed for a meager 300 hours per year. The addition of pollen filtration, which was carefully investigated but ultimately not incorporated, increased the natural ventilation potential to 1,000 hours per year. This analysis is addressed in more detail in a mid-2017 article for High Performing Buildings magazine.

Given such limited potential, indoor environmental quality trumps energy savings as a primary rationale for including operable windows on this project.

Several operational modes were defined for the automated operation of the building’s operable windows.

Occupied mode: By default, on this project, window operation is automated based on weather conditions reported by a local weather station. In cooling mode, when outside air temperature is lower than the cooling set point by two or more degrees (an adjustable setting), and the pollen count is below an acceptable threshold, operable windows will automatically open. If either temperature or pollen count become unfavorable, the windows will automatically close. A “manual” override by an occupant is allowed, and lasts for a period of 90 minutes (an adjustable setting) before the operable windows revert back to the automated mode. This override applies both to an automatically opened window being manually shut, or an automatically closed window being manually opened.

Night flush mode: Diurnal swings can cause lower outside air temperatures in the night, compared to the daytime temperatures. When such favorable diurnal swings do occur, which may not be every day, it is possible to use that free outside cooling to condition the building during unoccupied setback hours. For example, let us say that the outside air is at 60° F and interior setback requirement is for 84° F. Say the interior is at 86° F and needs to be cooled down to 84° F, a controlled quantity of the outside air can provide the free cooling without the use of air conditioning. This is how the process is designed to work with The Kendeda Building: during cooling seasons, if outside air temperature in the next 24 hours (an adjustable setting) is predicted to exceed 75° F (an adjustable setting), and the internal temperature is greater than the night flush setpoint, all operable windows will be automatically opened and the mechanical ventilation (HVAC) deactivated (this upward air temperature criteria prevents usage of colder outside air that has potential for unwanted condensation).  When outside conditions become unfavorable, such as high humidity causing the potential for condensation or forecast of wider temperature swings, all operable windows will automatically close.

Later in the design phases, bird collision deterrence became a priority for the project. In staying within Audubon Society’s recommended maximum dimension of 2-inches by 4-inches for any glazing pattern to prevent bird strikes, a 20% silk screen frit pattern of dots on the center pane of the triple glazed windows was investigated. This brought the visible light transmittance (VLT) of a typical window unit down from 48% to 40%, still decent for a triple pane glazing with the solar control requirements being considered.

We conducted daylight simulations to test the impact of the chosen frit pattern on the workplane daylight performance of a typical class lab space, assessing both a ‘single point in time’ during a year and Spatial Daylight Autonomy (sDA) that covers the entire year. 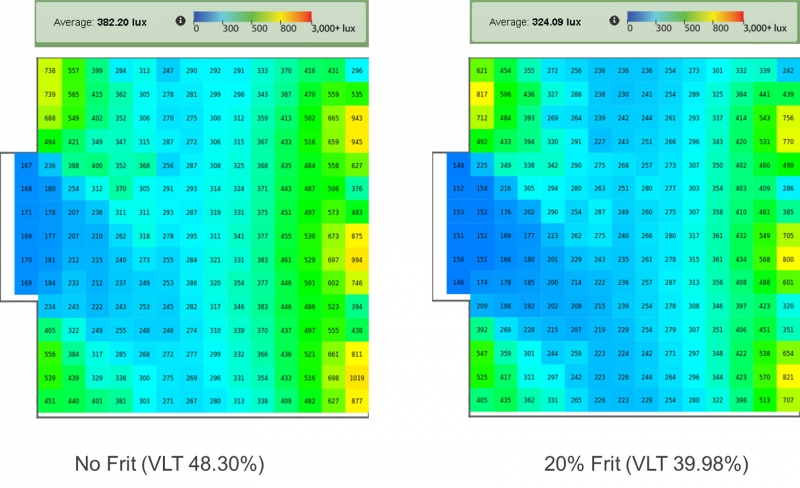 Figure 1. On March 21 at noon, under clear sky conditions, the frit pattern reduced average workplane illuminance from 35 footcandles to 30 footcandles. 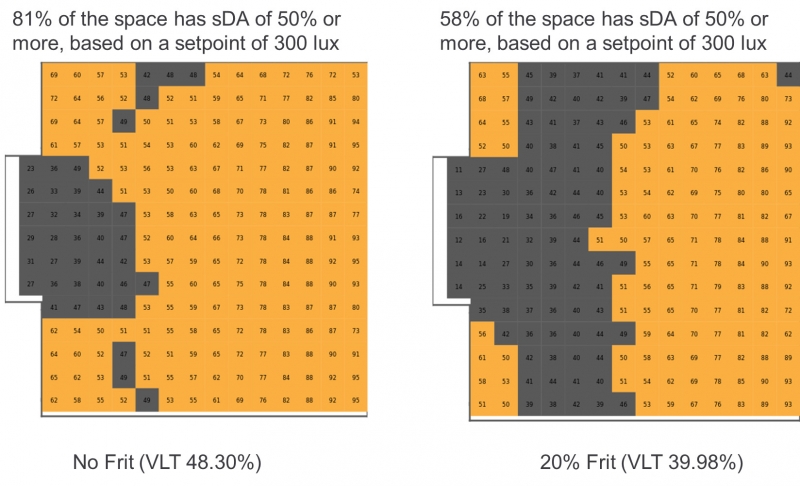 Figure 2. The silk screen pattern reduced the workplane’s sDA from 81% to 58%.

Results showed that the frit pattern lowered the daylight performance from “excellent” to “very good,” but this is a great tradeoff to improve bird protection while reducing daylight performance by a small amount. Informed by this study, bird collision deterrence is now being considered only in select portions of the project where the risk for bird collisions is anticipated to be the highest.

Reduction of cooling load through control of solar radiation before it hits the windows is a crucial strategy for cost-effectively achieving net positive energy in a hot, humid climate (the LBC requires production of 5% more energy than consumed on an annual basis). The porch does this passively for most of the west façade (see post titled part-12 from October 2017). The PV canopy overhang to the south has been designed to offer similar passive protection. Windows on the east and west facades, which do not benefit from passive protection by the building structure, will employ motorized, exterior automated blinds. These blinds are designed to deploy when the following three conditions are satisfied:

A wall switch for manual override allows occupants to retract deployed blinds or deploy retracted blinds. The manual override in either case will be programmed for 90 minutes (an adjustable setting).

As this discussion illustrates, windows serve many roles in high performing buildings. Careful design and analysis is required in order to balance these often competing roles and optimize both building performance and occupant experience.

Thanks to Whitney Ashley of Lord Aeck Sargent for Graphics Assistance.

Mr. Koti,
Thank you for sharing this interesting research.  I appreciate this level of advanced design partnership for holistic engineering approach.  We have also seen cost savings from forced mechanical ventilation systems for smoke evacuation by adding ventilating windows.  I look forward to following this reseach…and asking for operable windows in hotels!

Kurtis, thanks for reading the post and providing feedback on cost saving opportunities. A good portion of this project’s story has been about making one component do multiple tasks.
Ramana.