Snippets from the Charrette 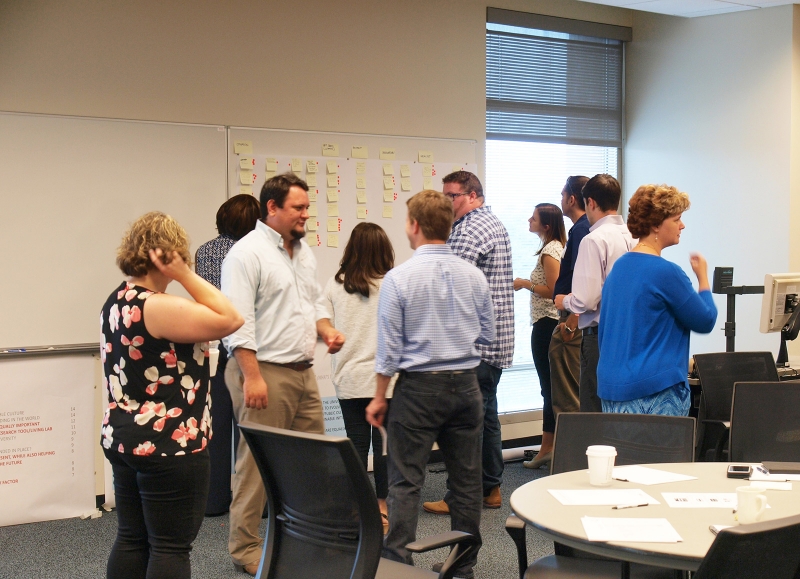 To say that the two-day long charrette was eventful would be an understatement. Broadly, the first day collected stakeholder feedback, while the second day turned the feedback into action items for the design process. From individual goal setting (which was subsequently voted on collectively to rank project priorities), to brainstorming of the top five ideas by interdisciplinary groups, no stone was left unturned. To cite one ambitious goal, one participant felt that the building’s appeal should lead to it being sought after for social events like weddings. To indicate one creative idea, a ‘Pokémon Go’ styled augmented-reality method was suggested for learning about the building after it was built, where every material would have a QR code that could be scanned and explored further. A sampling of some of the strong themes which emerged follows, not in any order of priority. 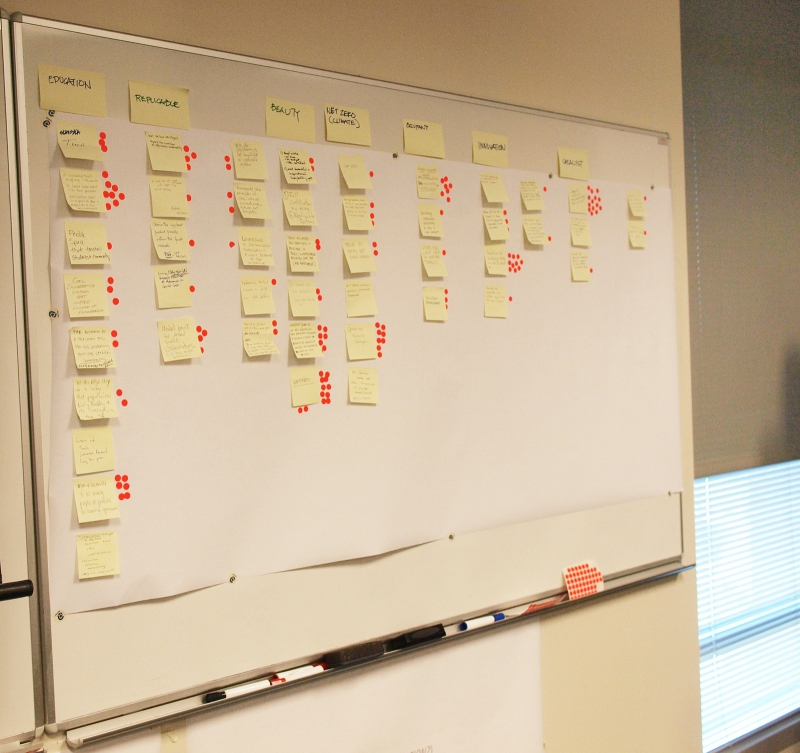 Goals, ranked and ready for use.

Urban agriculture, an imperative under the Place Petal of the Living Building Challenge (LBC), evoked an unexpectedly strong response from a cross section of participants. The core of exploration of this topic hinged on soliciting an understanding of what Urban Agriculture truly meant for Georgia Tech (GT), in the context of both their immediate campus and surrounding metropolitan Atlanta. What is the right scale of such an intervention? Would there be an active champion? How would the building’s urban agriculture fit into the institution’s broader urban agriculture strategy now under development? It was suggested that given the existing need for local and healthy food, GT should lead the process of creating a market for urban agriculture. Here are some noteworthy strategies that were discussed:

The need for an urban agriculture subcommittee was recognized.

The site will have to be a smaller portion of the broader adjacent planned Eco-Commons district.  Defining the extents of the site started with a series of questions. 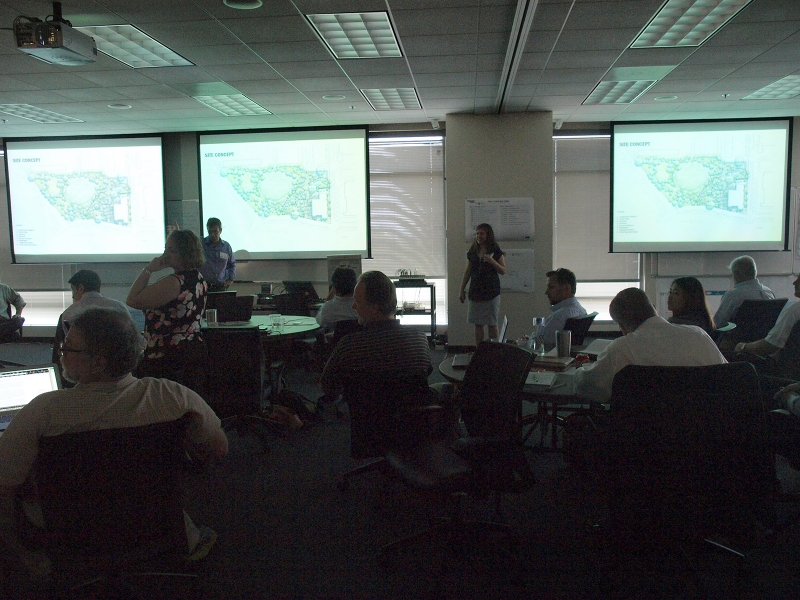 A discussion on the site.

The questions set off a process that will eventually lead to the determination of the LBC Site Boundary and a context for the building and the services it requires. One of the clearly stated objectives was to blur the line between the outside and the inside.

While Red List chemical avoidance lies at the heart of the LBC Materials strategy, other aspects such as procurement timeline, cost impacts, durability, etc., require careful planning. Based on collective previous LBC experience, it was anticipated that about 1,000 materials would have to be vetted, at a time expenditure of eight hours per material. To put that in perspective, if only one person spent 40 hours a week on material vetting, the complete exercise is roughly a four-year time commitment.

It is also expected that achieving the ‘Responsible Industry’ imperative under the Materials Petal will be a formidable challenge. The imperative requires that all wood on the project be Forest Stewardship Council (FSC) certified. On most other projects this would be a simple matter of writing up a tight specification but in Georgia, especially on state-funded projects, legislation forbids the use of green building rating systems that work against employment of locally produced timber which uses other less rigorous certification standards supported by the local forest products industry. There are nuances to the nature of funding and the political nature of the challenge, but they are detailed enough to merit their own future blog post.

Fenestration design that integrates aspects of solar control and daylighting will be key to achieving net positive energy and occupant satisfaction. Passive site features such as trees and sculptures that cut solar gain on the east and west-facing glazing figured heavily in participant feedback. Also recognized was the need for balancing such features with something akin to a screen on the façade of the building that occupants can control to more readily modulate their environment.

E O Wilson’s definition of Biophilia, the innate tendency of humans to focus on life and life like processes, was invoked. A one-hour discussion on Biophilia during the kickoff laid the groundwork for a future day long exploratory session, which is an LBC requirement. The eventual goal is to create a biophilic framework and plan for the design. The following priorities were identified for the approach to incorporating Biophilia:

Strategies such as a green wall that doubled as a greywater treatment system and building enclosures which functioned as selective membranes were identified.

Each of the subtopics can be comprehensive enough to deserve a dedicated post but we will end with a summary list of those that did not figure in the detailed themes above.

Did your firm lead the Biophilia workshop, or simply participate?

Grant, thanks for the question. Georgia Tech and the design team got Sonja Bochart, who specializes in Biophilia, to facilitate the workshop.