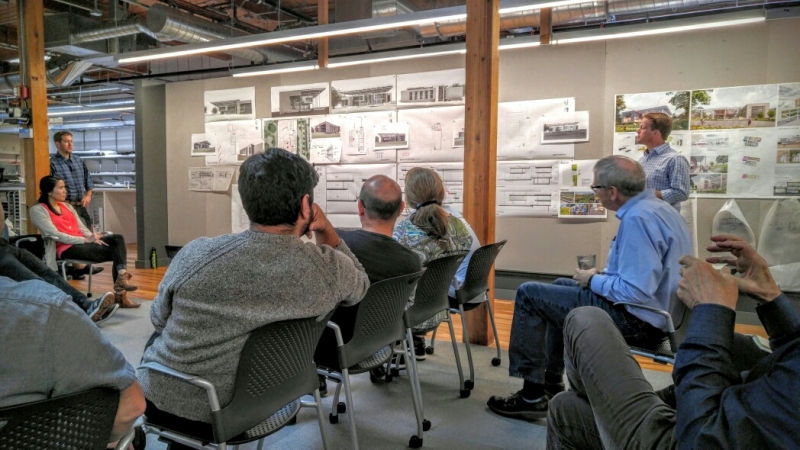 From the ‘Porch’ and ‘Bridge’ concepts developed during the Ideas Competition, the Porch concept was selected by Georgia Tech for further development due to the manner in which it directly engaged the surrounding Eco-Commons. This was not an easy decision given that the longer facades of the building had less desirable east and west solar orientation. The porch specifically faced west. The Schematic Design (SD) phase began with the development of the Porch concept and a key goal of tackling the challenging west-facing connection to the Eco-Commons.

Early in SD, design team members of all disciplines huddled together in Miller Hull’s Seattle office for a focused, interdisciplinary workshop that moved the design forward considerably in a few short (actually long) days. It was a collaborative process rooted in asking questions first and designing later. Iterative shading and daylight studies were employed to enable performance to inform formal considerations.

During an in-house ‘Design Panel’ forum, open to both the project team members of all disciplines as well as interested Miller Hull staff, a wide range of rich topics emerged encompassing formal, philosophical and environmental concerns. This post will highlight a few of the issues discussed in an attempt to capture the spirit of the event.

Is the building subservient to the solar power plant, or vice versa? 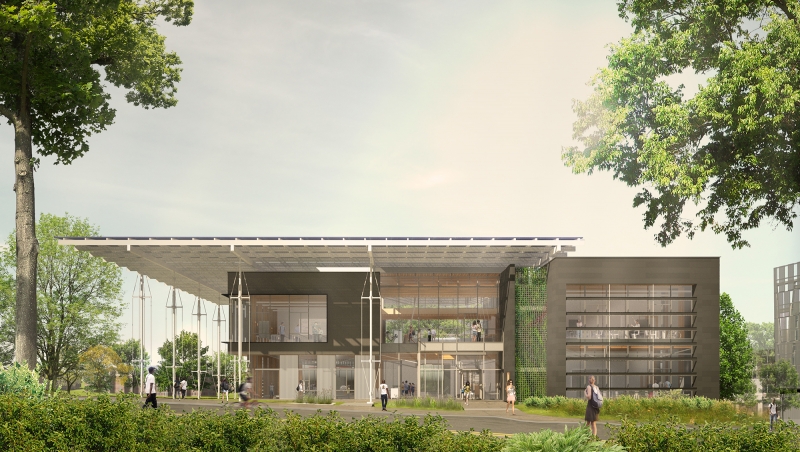 Is the idea of a passive porch compatible with other active features?

The porch performs several functions. Besides providing prospect and refuge, one of the objectives is for the porch to passively temper the harsh western solar exposure. Of particular concern is the challenging low-angle late afternoon sun of summer and shoulder seasons. The variables at play include energy performance, thermal comfort, visual comfort and occupant control.

Philosophically, how compatible is the idea of a (passive) porch with a more active product like electrochromic (electric-tinting) or thermochromic (heat-tinting) glazing? 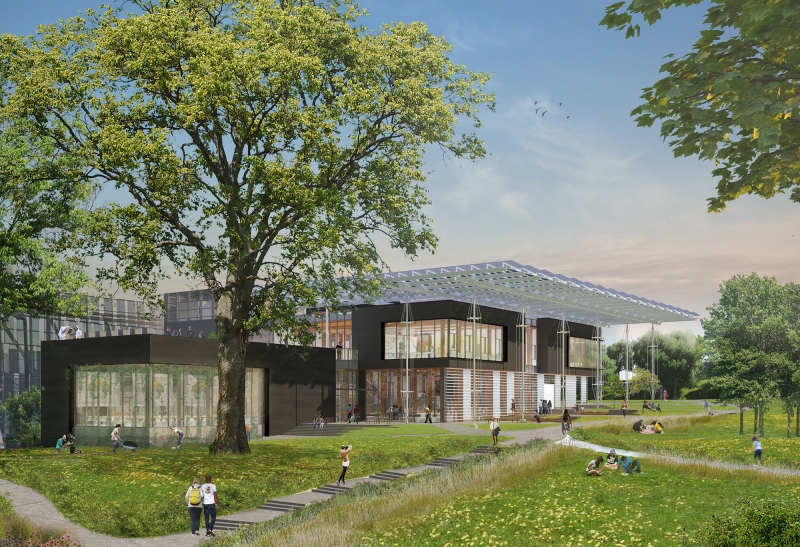 FIGURE 3. A view of the site and the west-facing porch.

There was some concern that the appearance of the building in some preliminary renderings was too artificial-intelligence or machine-like. A diametrically opposite masonry-based approach, where each block was handcrafted by local artists or craftsmen, was suggested as a more human/humane expression.

Whether windows should be multiple punched openings or comprised of large swaths of uninterrupted glazing was also discussed. The need to visualize spaces from both the inside and the outside was stressed.

One suggestion was that the design of the auditorium space metaphorically and formally mimic a beehive or a wasp nest structure.

Given the ‘long life, loose fit’ approach, the challenges to designing for a program that could change in the future were also discussed. 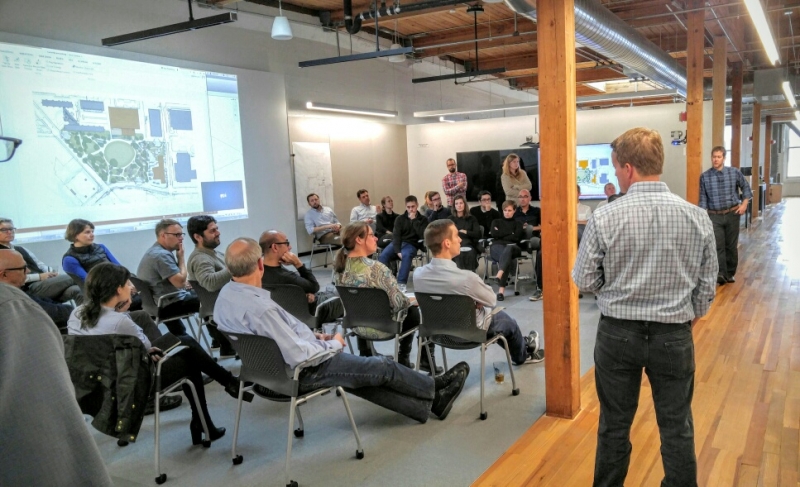 Note: All renderings are schematic explorations and are not meant to be photorealistic representations of the actual appearance of the project. This post neither reflects the entire discussion nor conveys the present status of the design fully. It is a snapshot meant to provide a flavor for the thinking behind the project.  Due to the open nature of the Design Panel, it is also difficult to provide credit to individuals for their contributions to the discussion.